Menu
Log in
Register
Install the app
You are using an out of date browser. It may not display this or other websites correctly.
You should upgrade or use an alternative browser.

Staff member
You can move a reply with comments and create a new thread out of the reply. The reply will become first post (OP - original post) and the comments will become regular replies.

Or you can move the reply into another thread with two options:

1. Selecting just the reply will move the reply the way it is - comments will stay as comments, except when you are creating a new thread. In that case comments will always turn into replies even if they are not in the first reply.

2. Selecting also the comments - comments will turn into replies when merged with another thread. 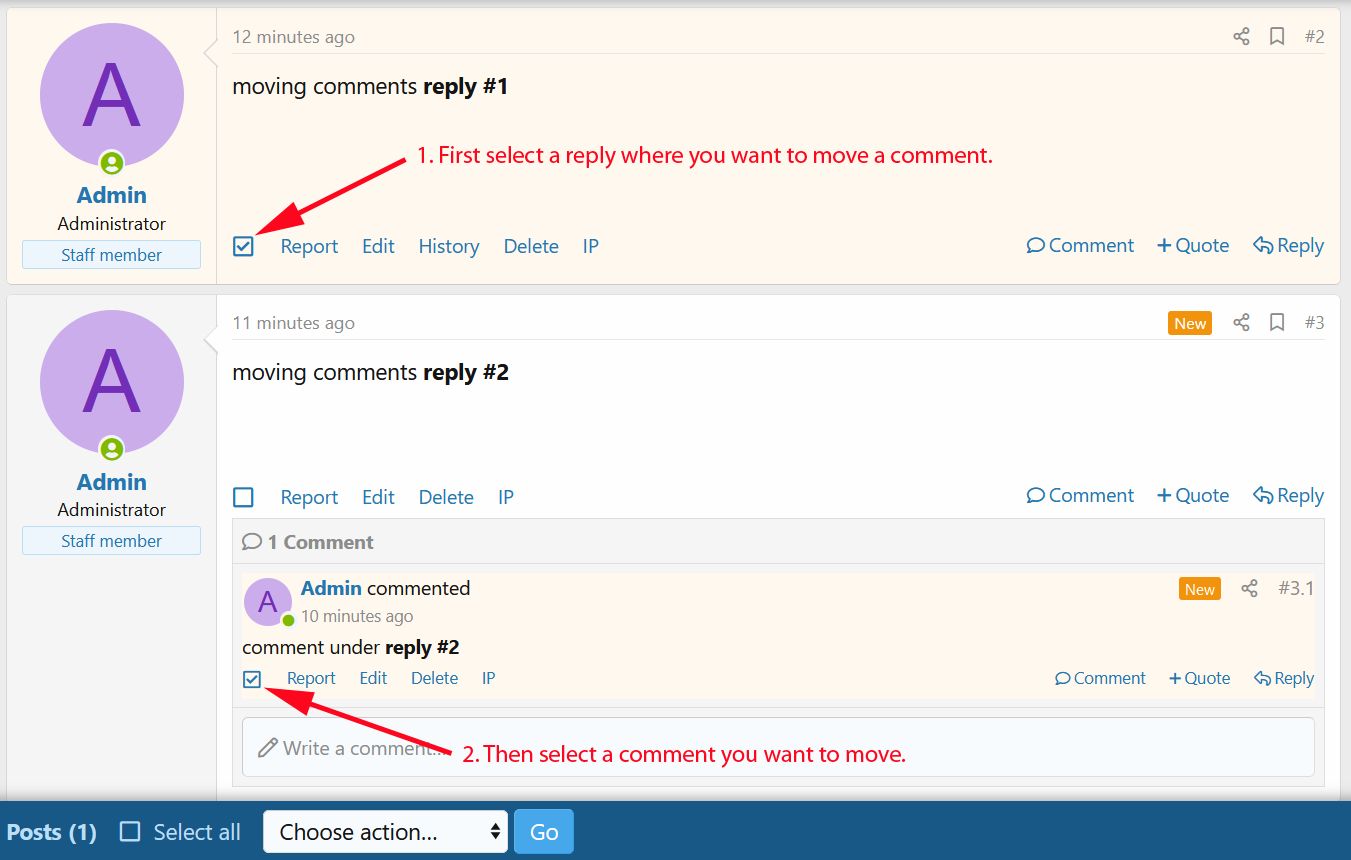 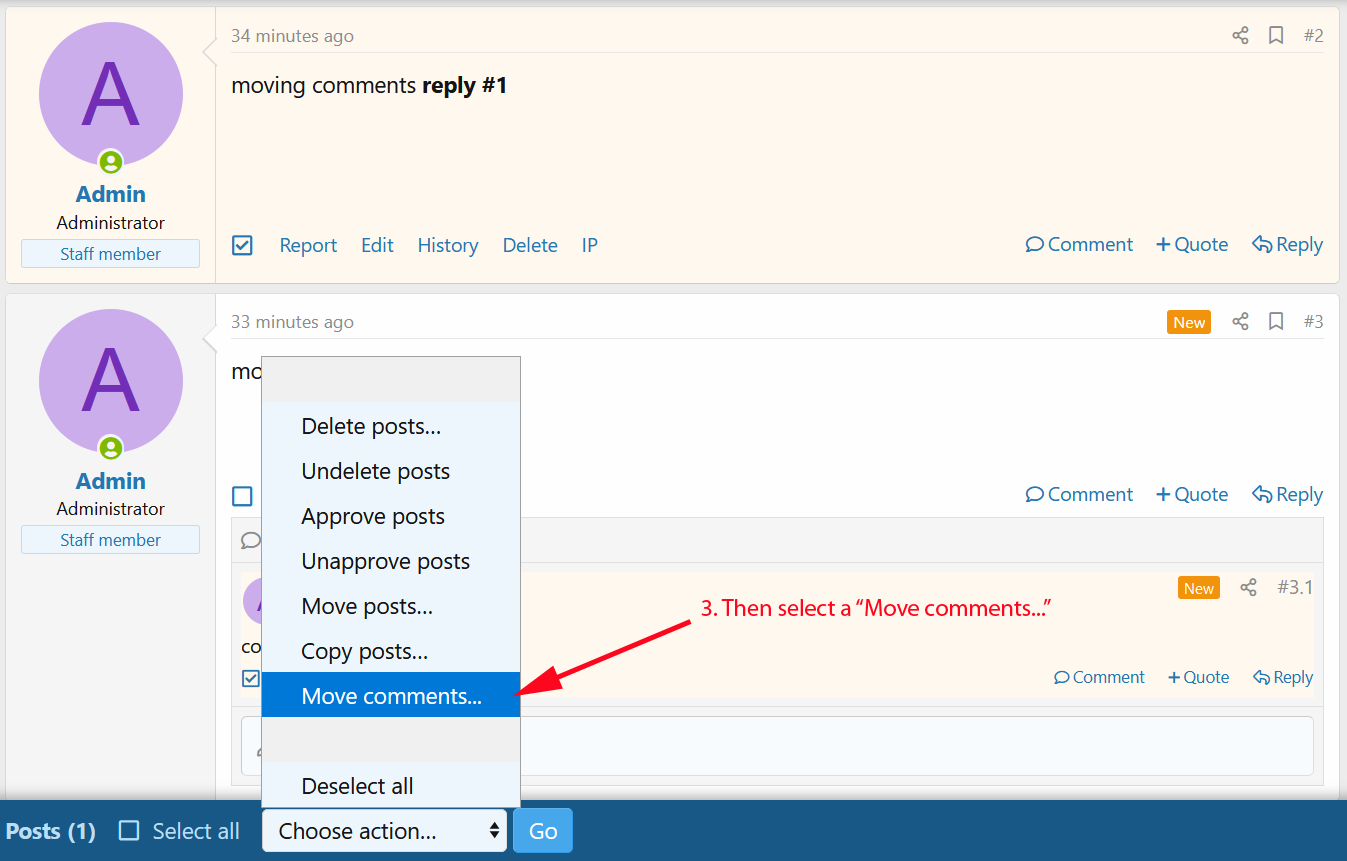 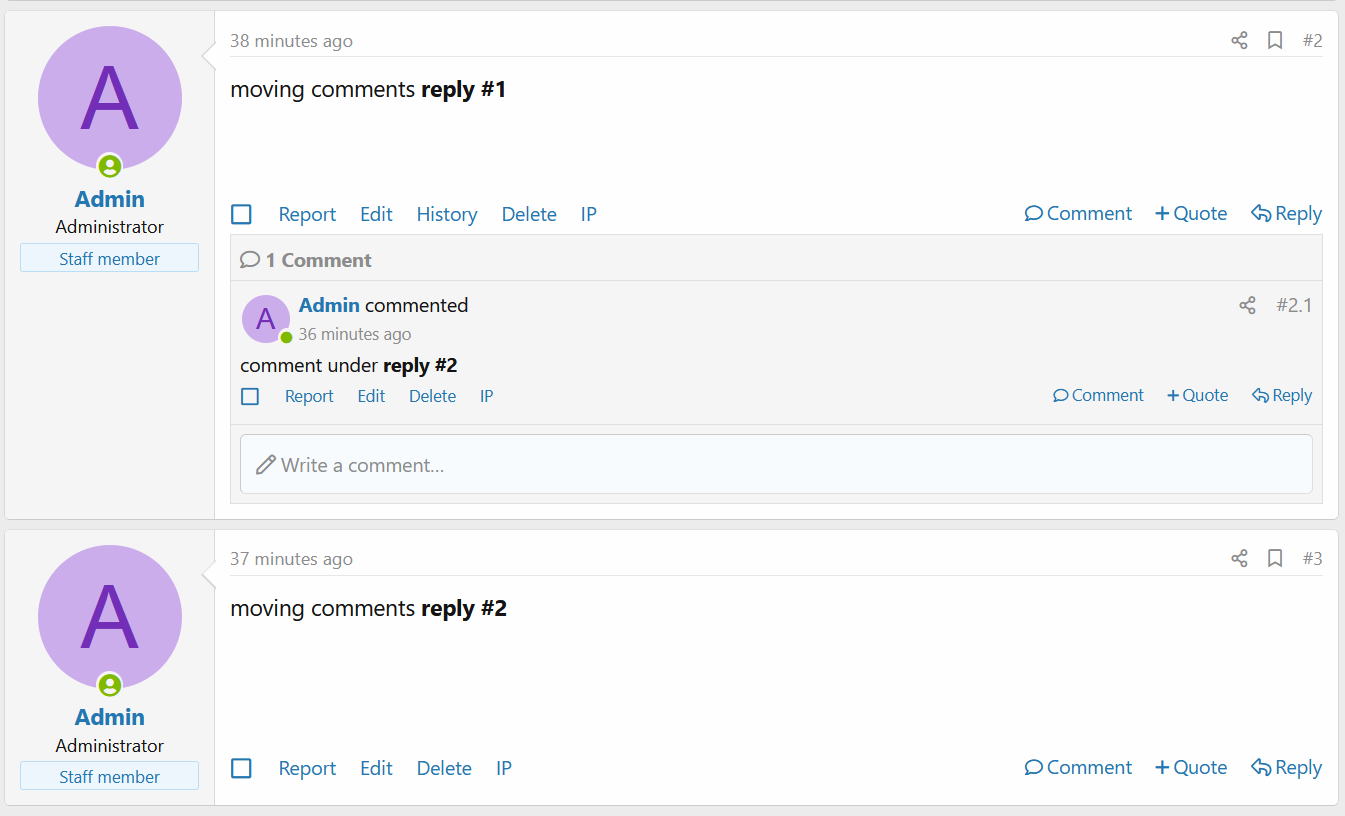 It is not possible to convert a regular reply into a comment and move it under another reply.

From moved comments, converted to replies, the little arrow link will be removed.

A way how to get our add-ons completely free!

Just go to the page Affiliate Program in your preferences and copy your referral link, place it wherever you like and you will get 10% from all sales from that link. This way you can earn all the money you had to pay for the add-ons.

❗NOTE❗ You have to be a customer first before you can use Affiliate Program.

Totals may include hidden visitors.